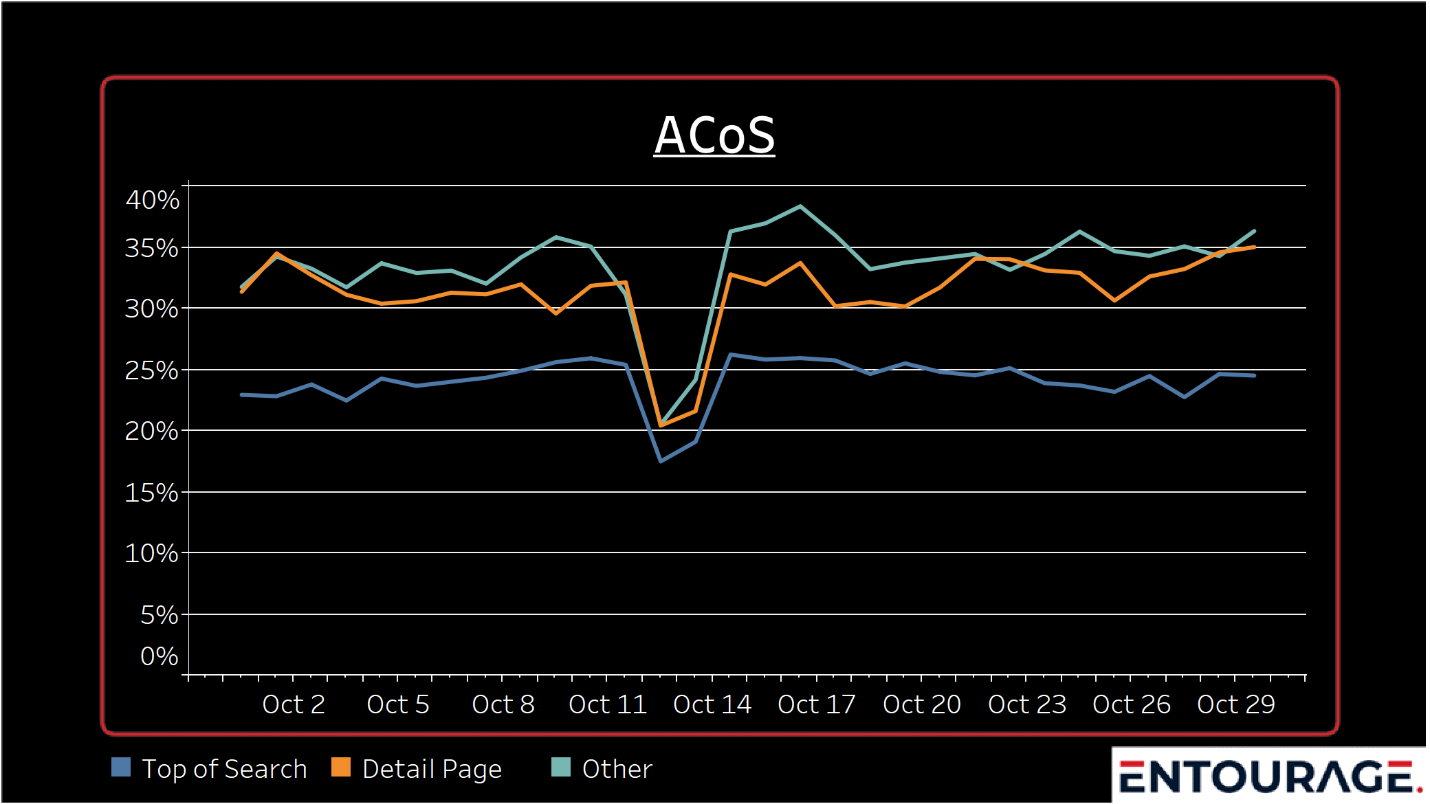 Welcome to the Amazon Advertising Data Trends Review Series for October 2020. This is a monthly blog series where we:

If you missed last month’s edition, you can check that out here.

This month is of particular interest due to Prime Day on October 13th-14th. As you’ll see below, Prime Day had a significant impact on the KPI’s, and they may not have moved as you may have expected.

In this section, we break down the aggregate view of the Amazon advertising marketplace. More specifically, we will review what happened to ACoS for October and analyze KPI’s that influenced the movements in ACoS.

What Happened in October & What are the Impacts of Prime Day?

ACoS and Ad Spend per Order increased leading up to Prime Day, then had a sharp decline during Prime Day before slowly recovering to more normal levels. This is remarkably interesting behavior because the increases in these metrics seem to start in mid-late September and ramp up as we get closer to Prime Day. Consumer behavior clearly changes up to 1 month before the Prime Day event! 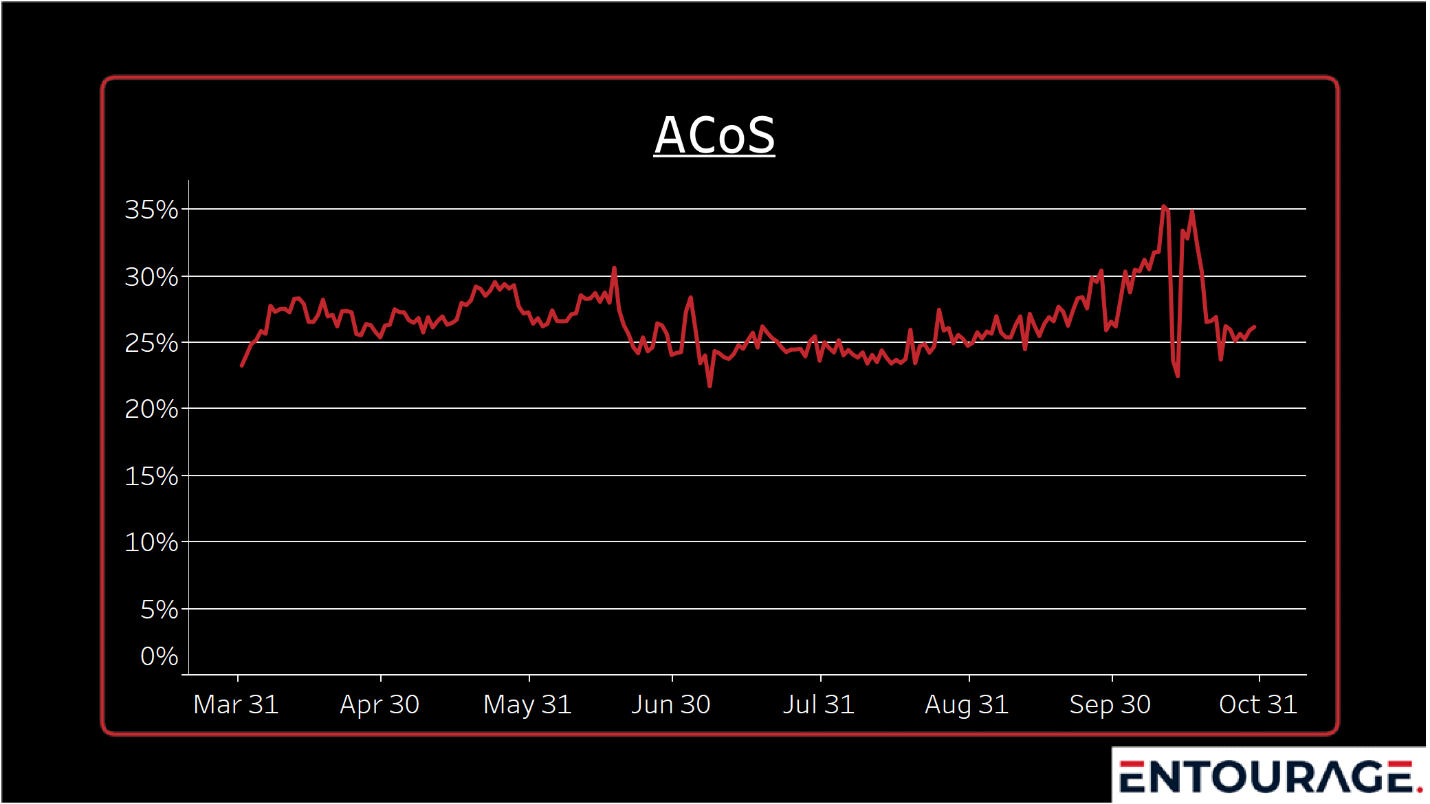 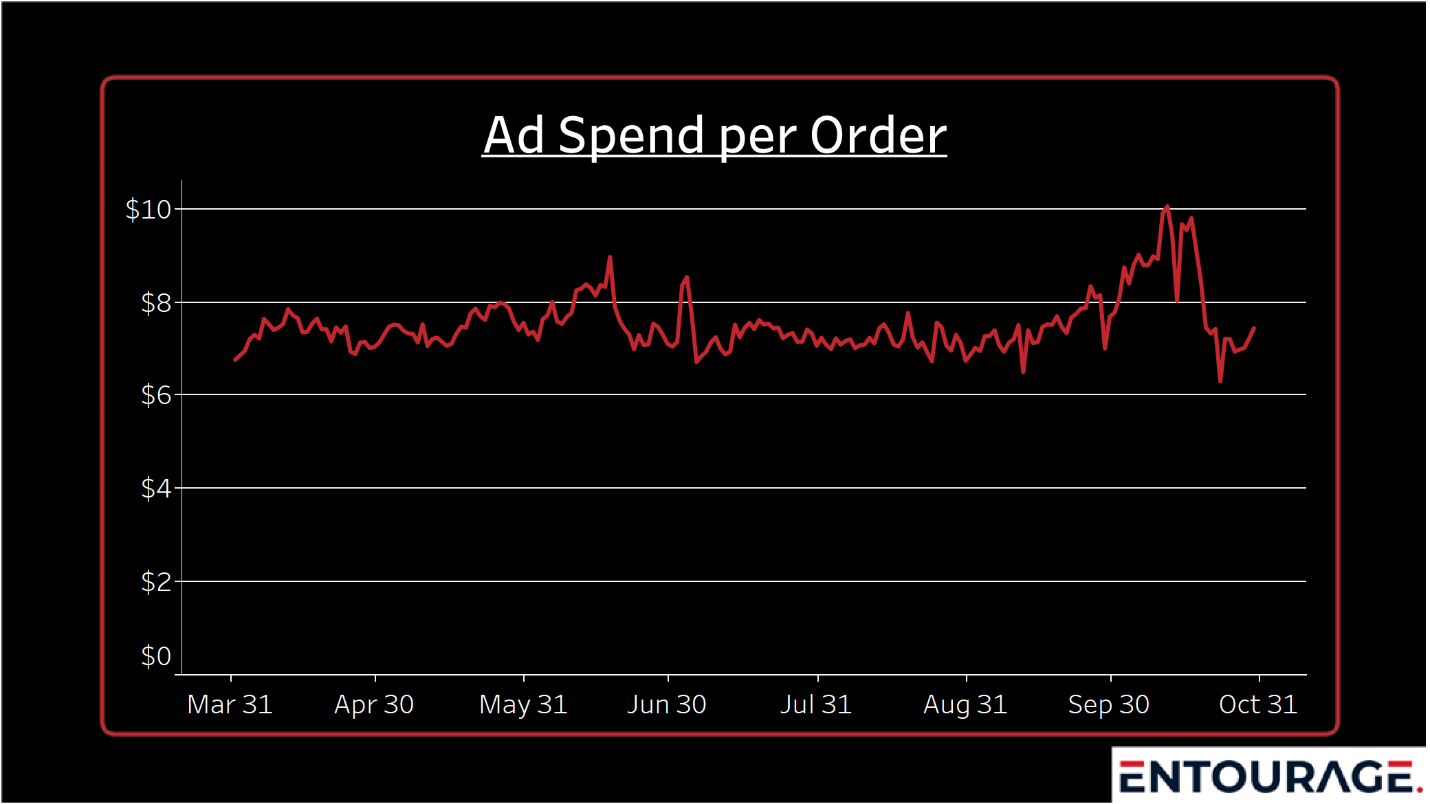 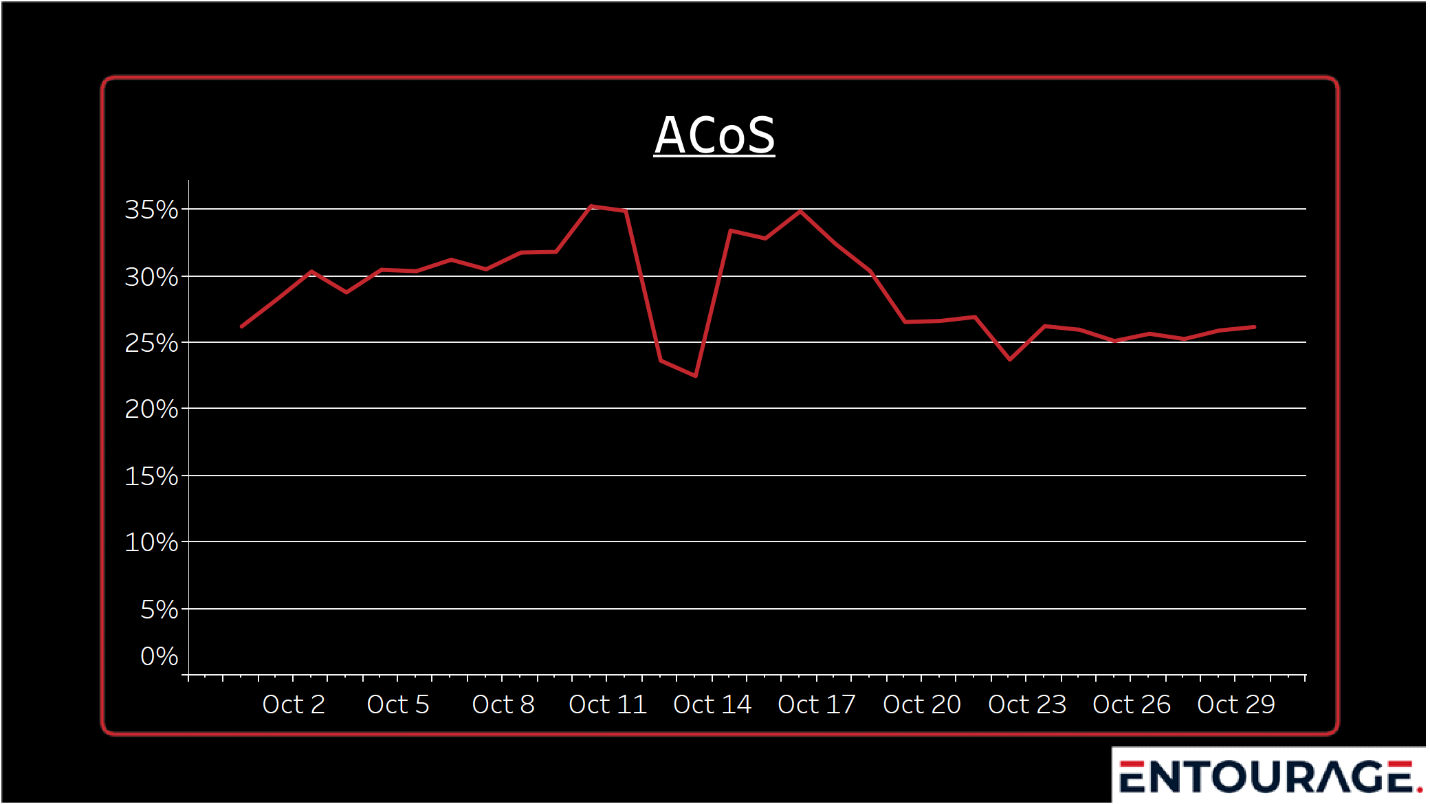 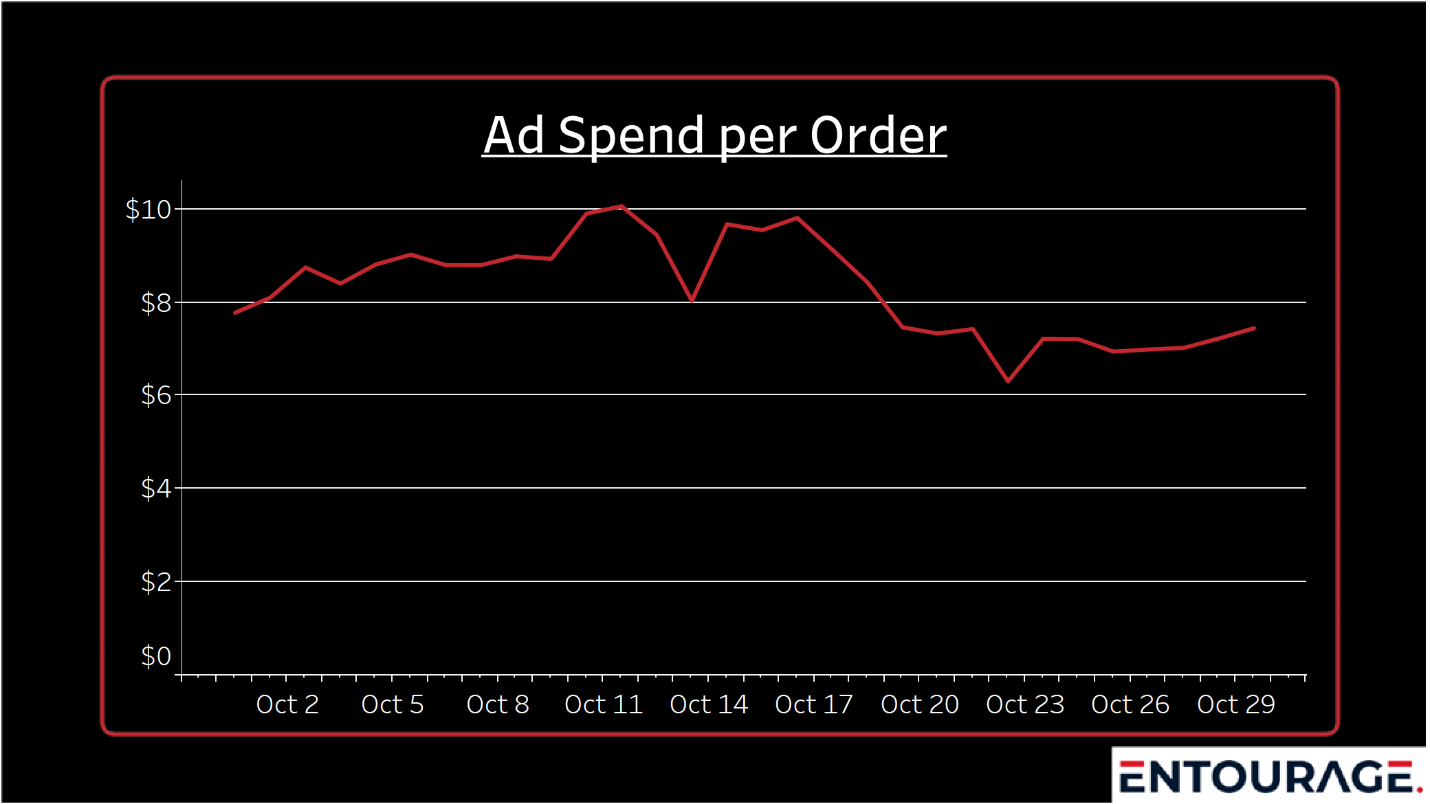 The trend described above is also seen in Conversion % and Revenue per Click. However, the opposite directional moves. That is, they decrease instead of increase leading up to Prime Day and significantly increase on Prime Day. 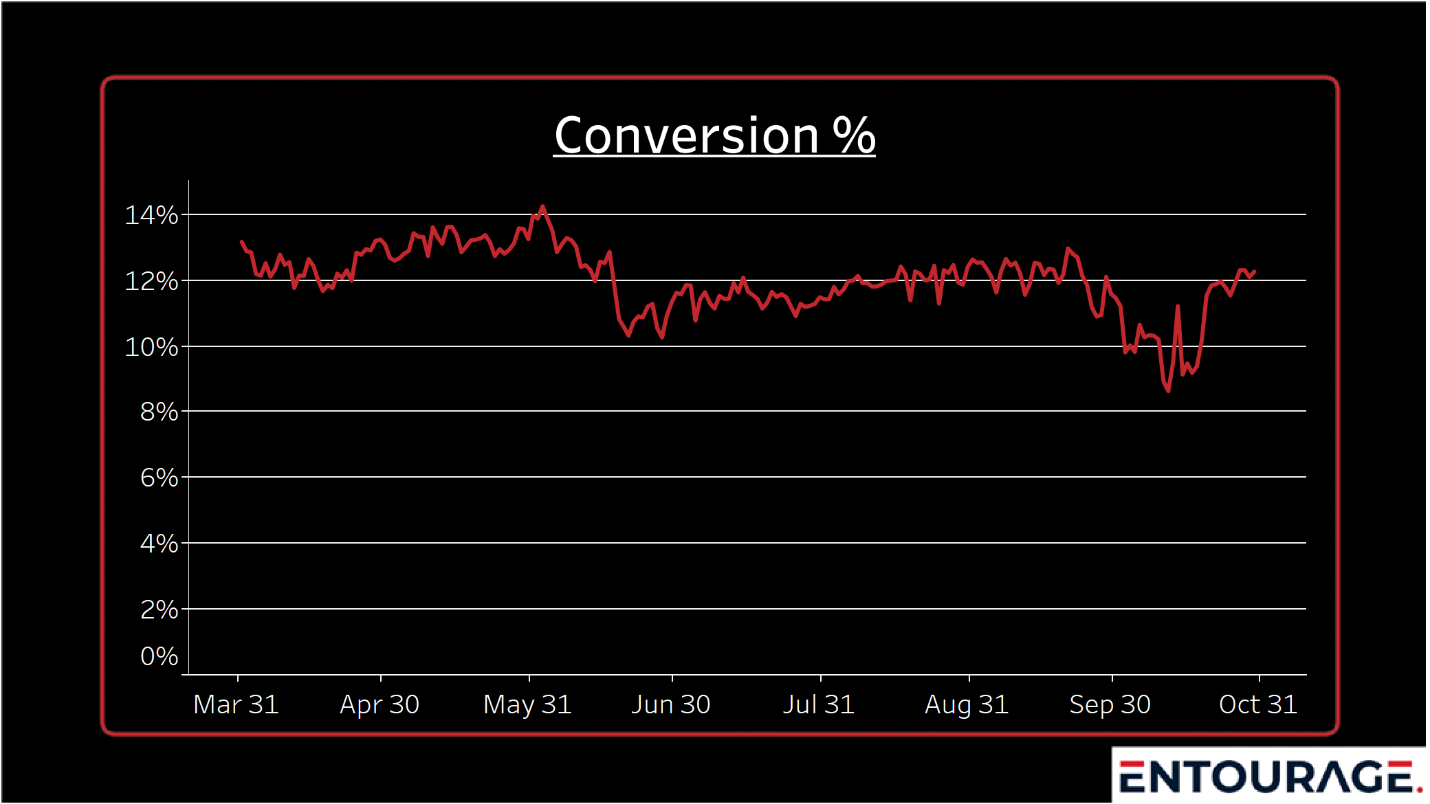 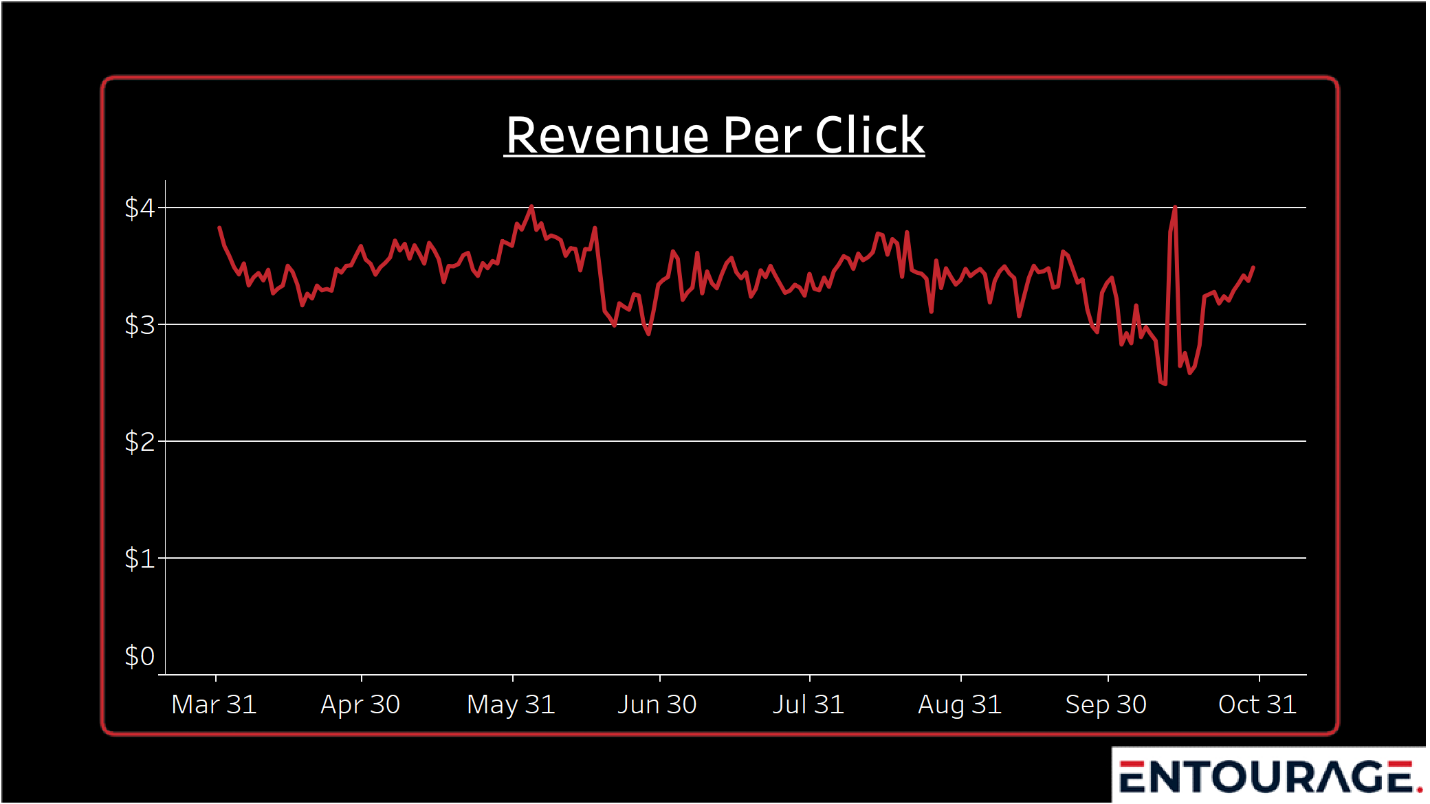 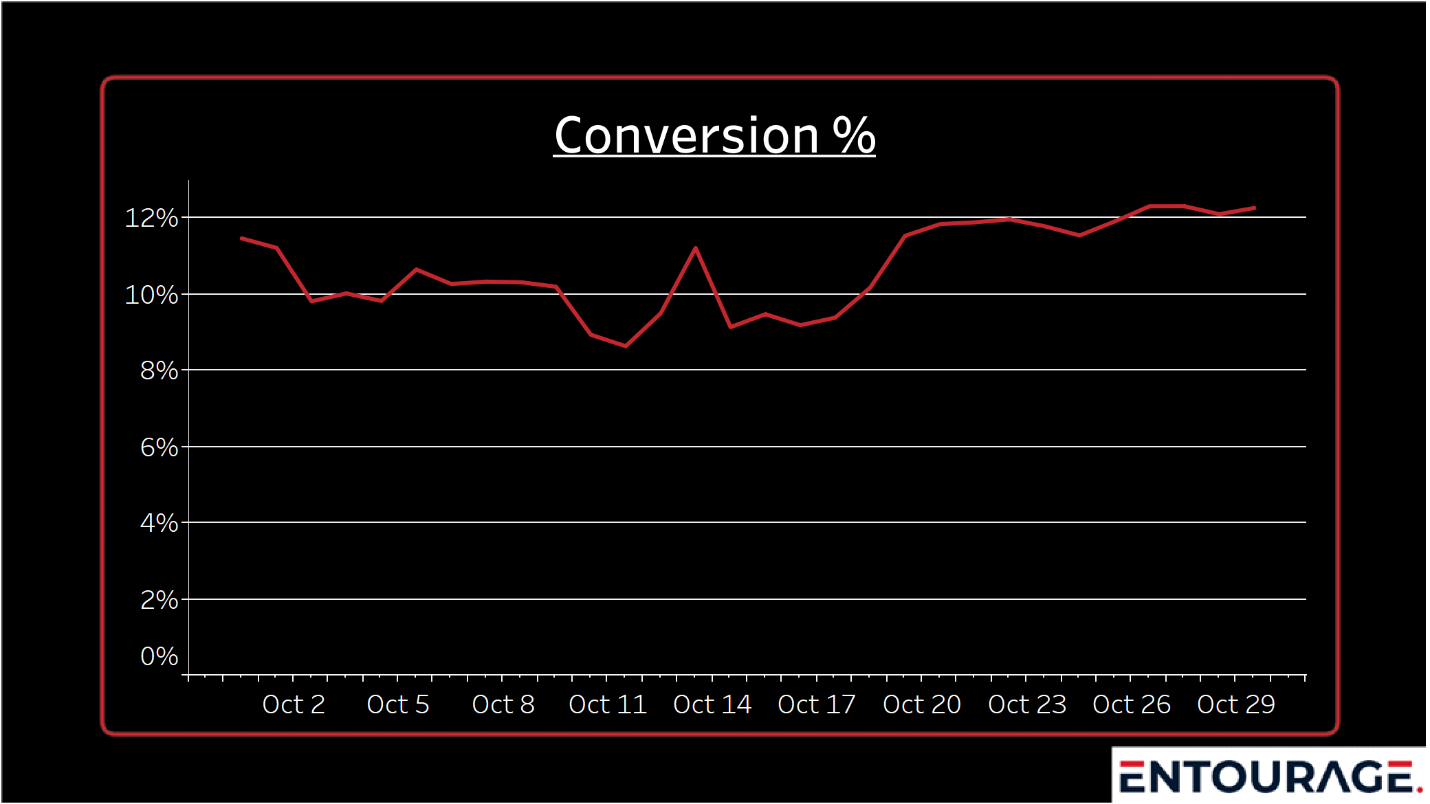 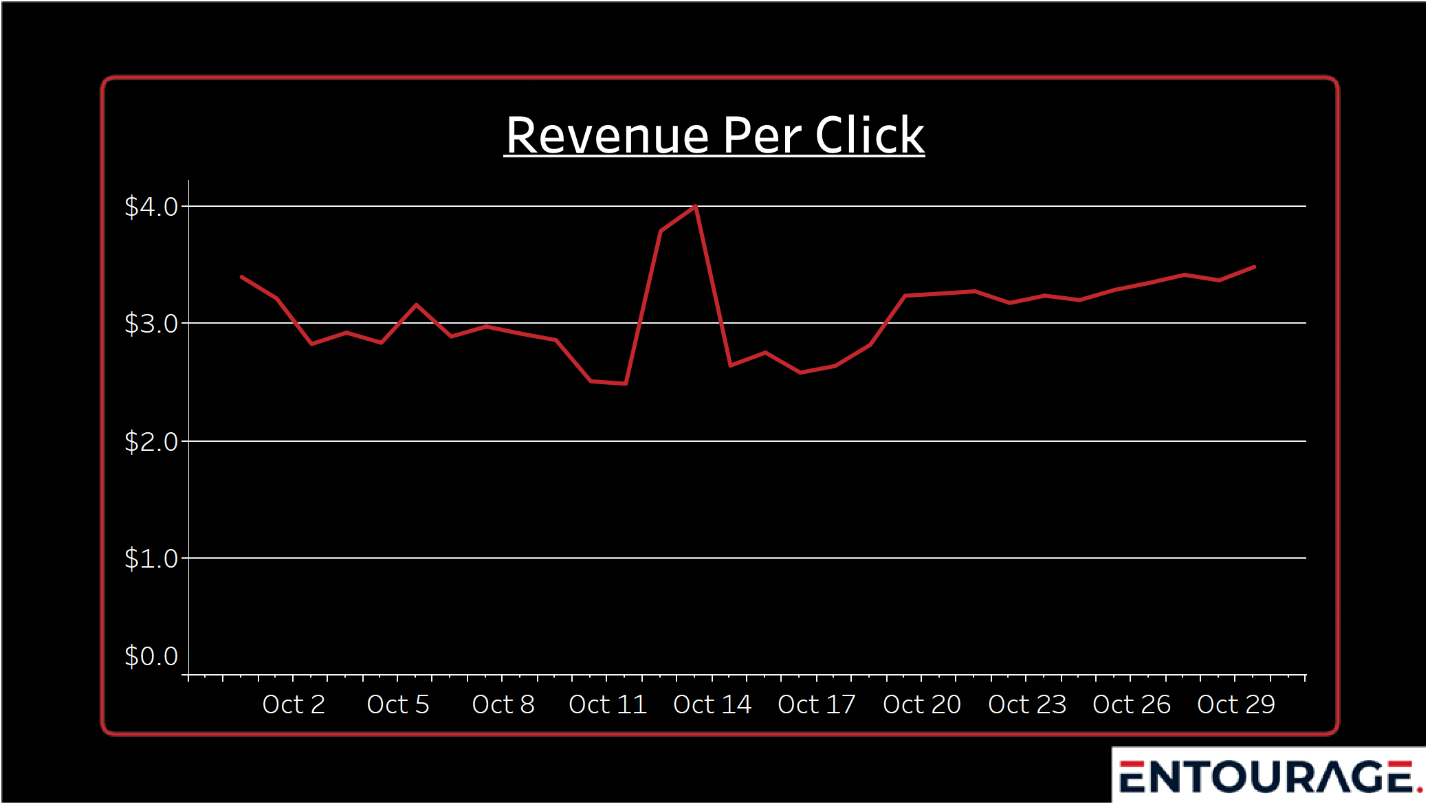 Ad Spend per 1000 Impressions and Click Through Rate had large decreases on Prime Day, however remained relatively flat or didn’t have as significant of trends pre and post Prime Day. Cost per Click had relatively little impact due to Prime Day.

Outside of the Prime Day impacts for October, there are a few key longer-term trends we’re seeing.

Ad Spend per 1000 Impressions and Cost per Click have been steadily increasing since June. 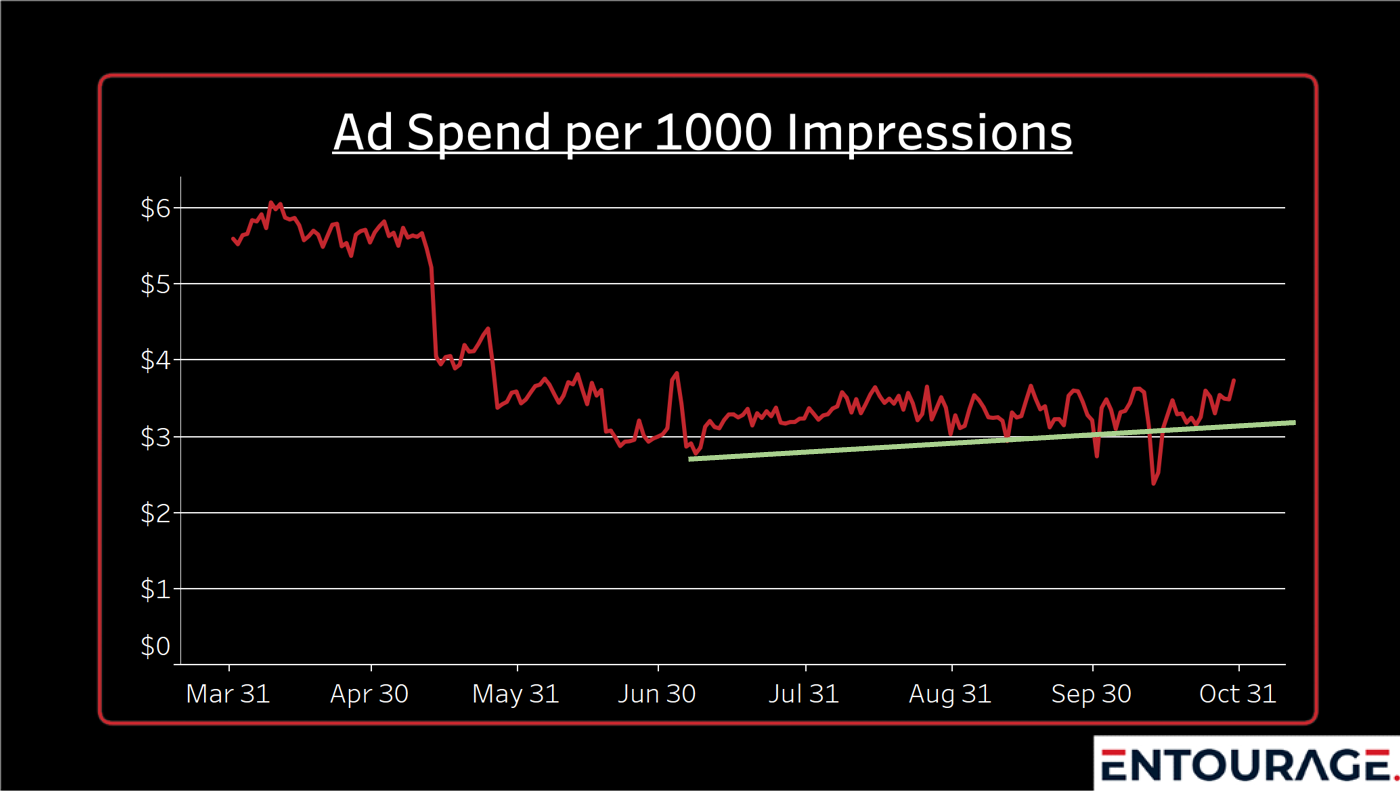 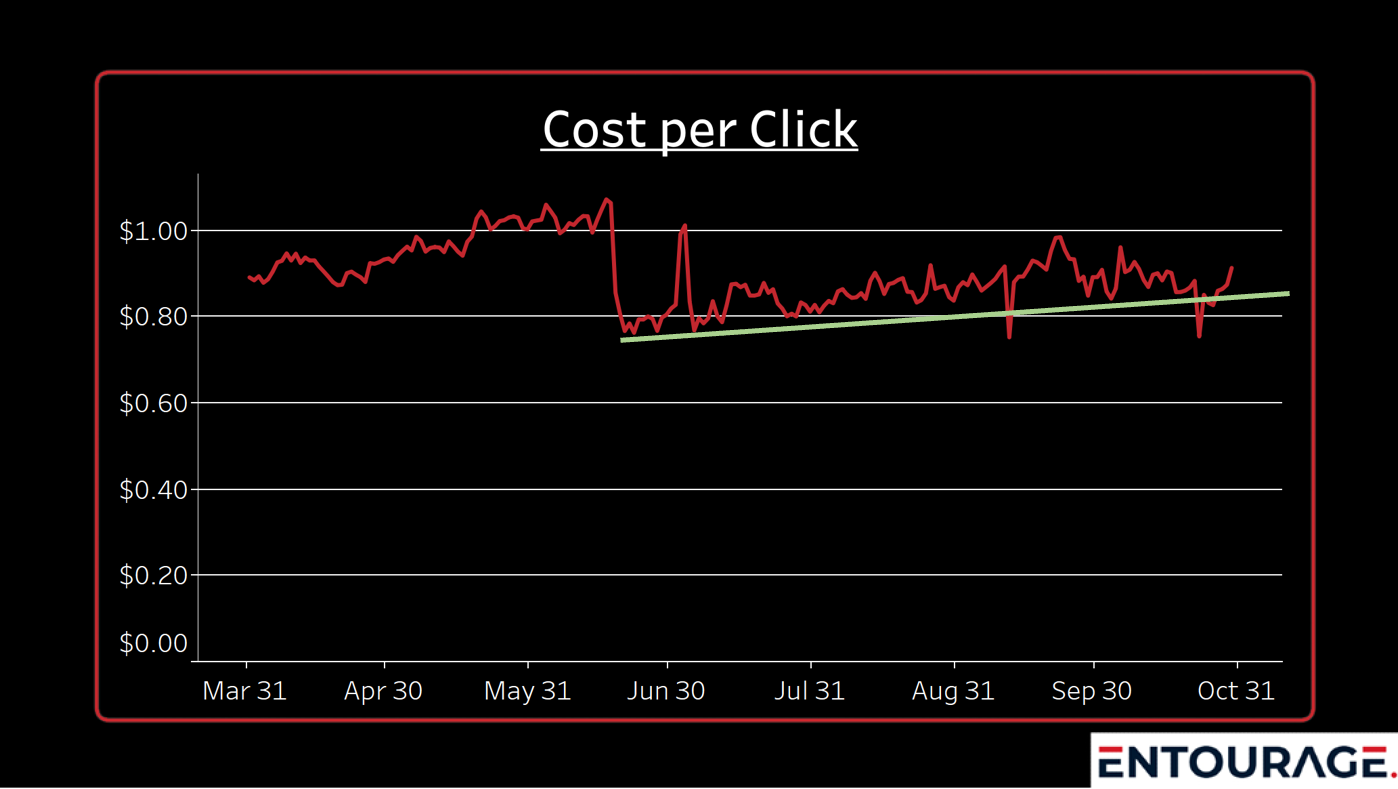 CTR has consistently struggled to break through the 0.40% level. However, this past month it broke through towards the end of October and seems to have held above for the remainder of the month. 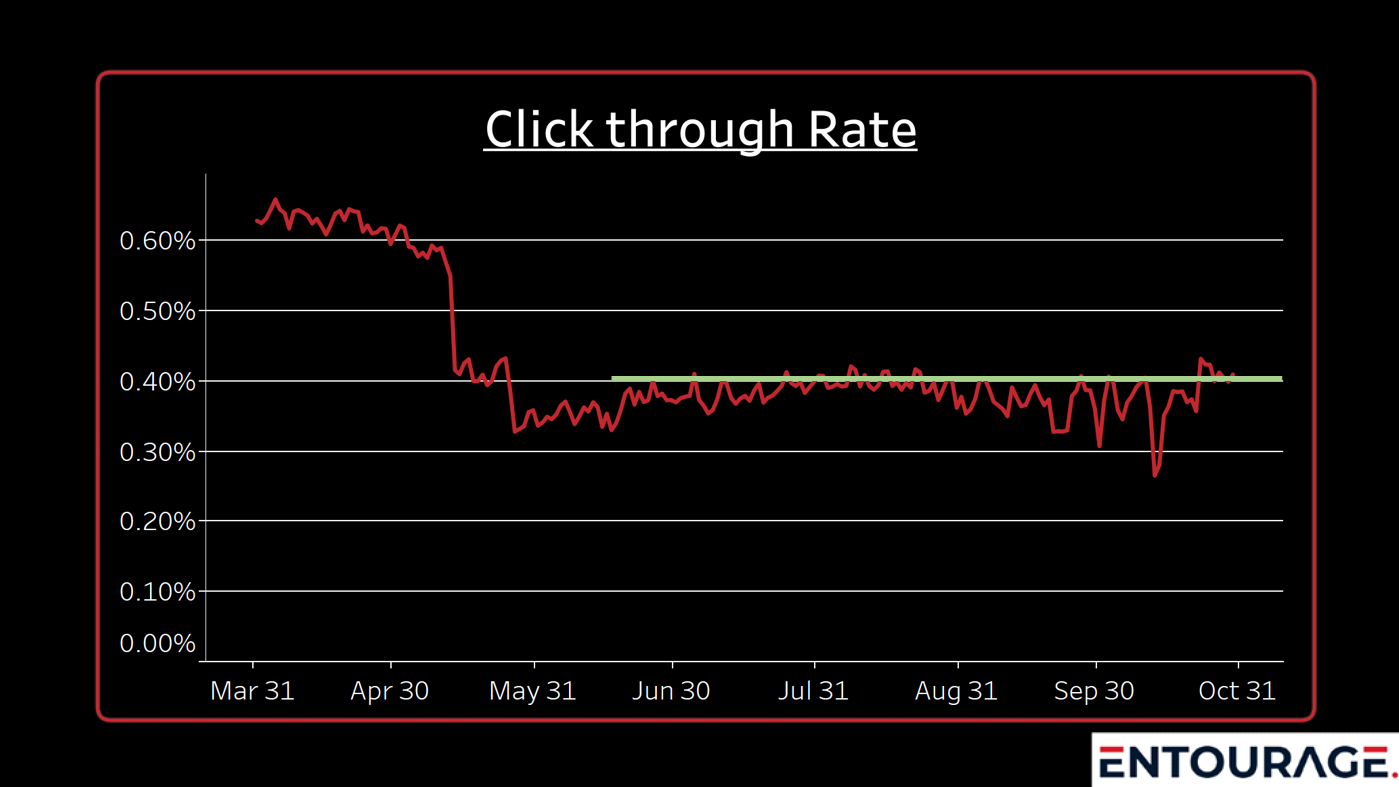 It’ll be interesting to see how these key trends emerge over the coming months.

We took a look at how Prime Day impacted each of the match types. We found that the Exact match type was the most sensitive to Prime Day movements in the following metrics: 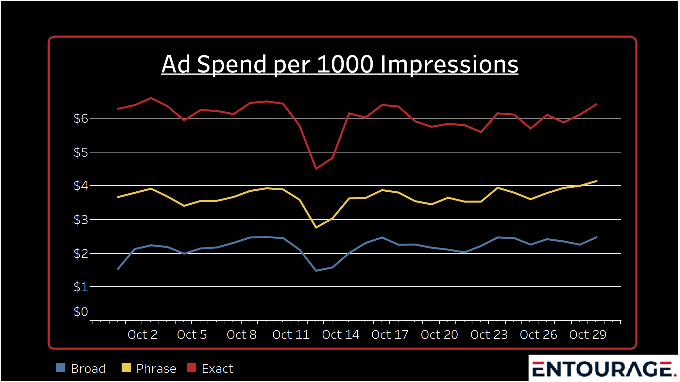 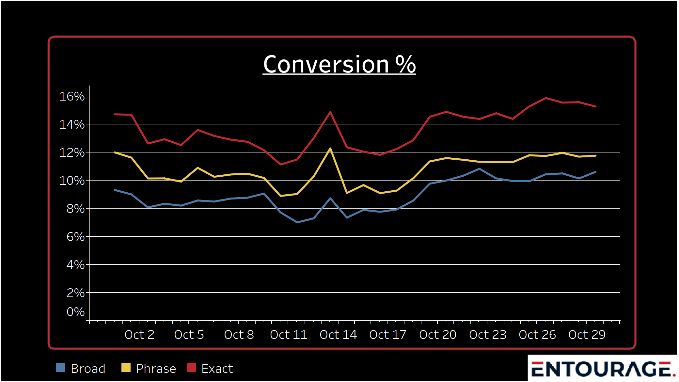 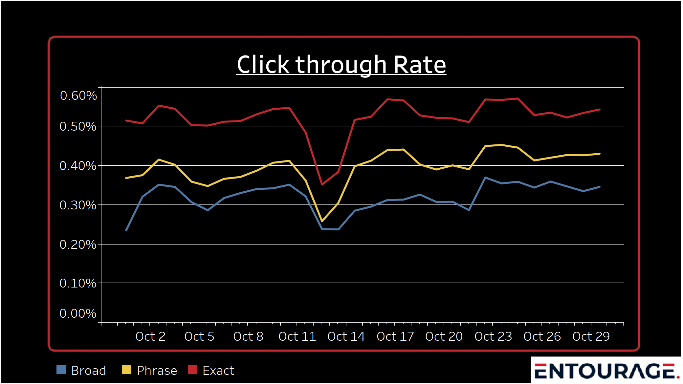 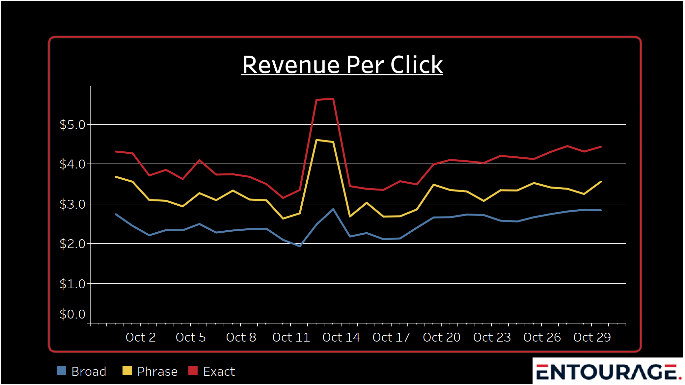 Phrase and Exact match types were equally sensitive to Prime Day movements in the following metrics: 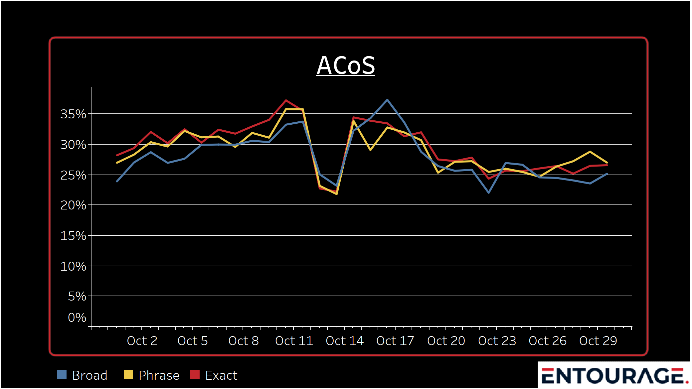 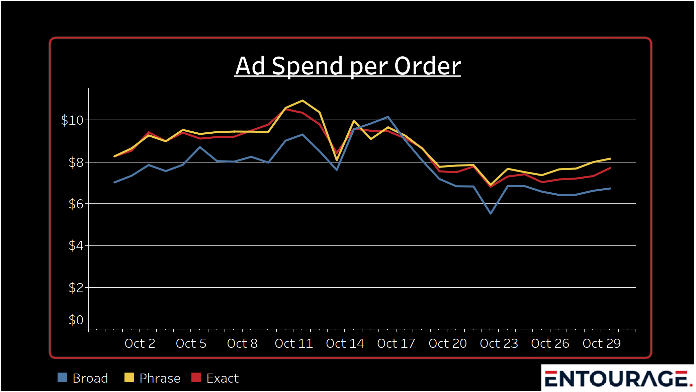 Overall, Exact is the most susceptible to Prime Day increases/decreases, followed by Phrase, with Broad remaining as the least susceptible.

In previous blog posts we’ve mentioned the convergence of the ACoS by match type and all 3 match types continue to remain converged for October. Additionally, Ad Spend per Order continues to have Phrase and Exact match types converged.

Last month we mentioned that conversions started dropping towards the end of September to reach yearly lows. These yearly lows were breached due to leading up to Prime Day and have since recovered. The expectation is that conversions will stay at more normal levels until leading up to the next Prime Day or another large consumer purchasing day, possibly Black Friday or Cyber Monday. 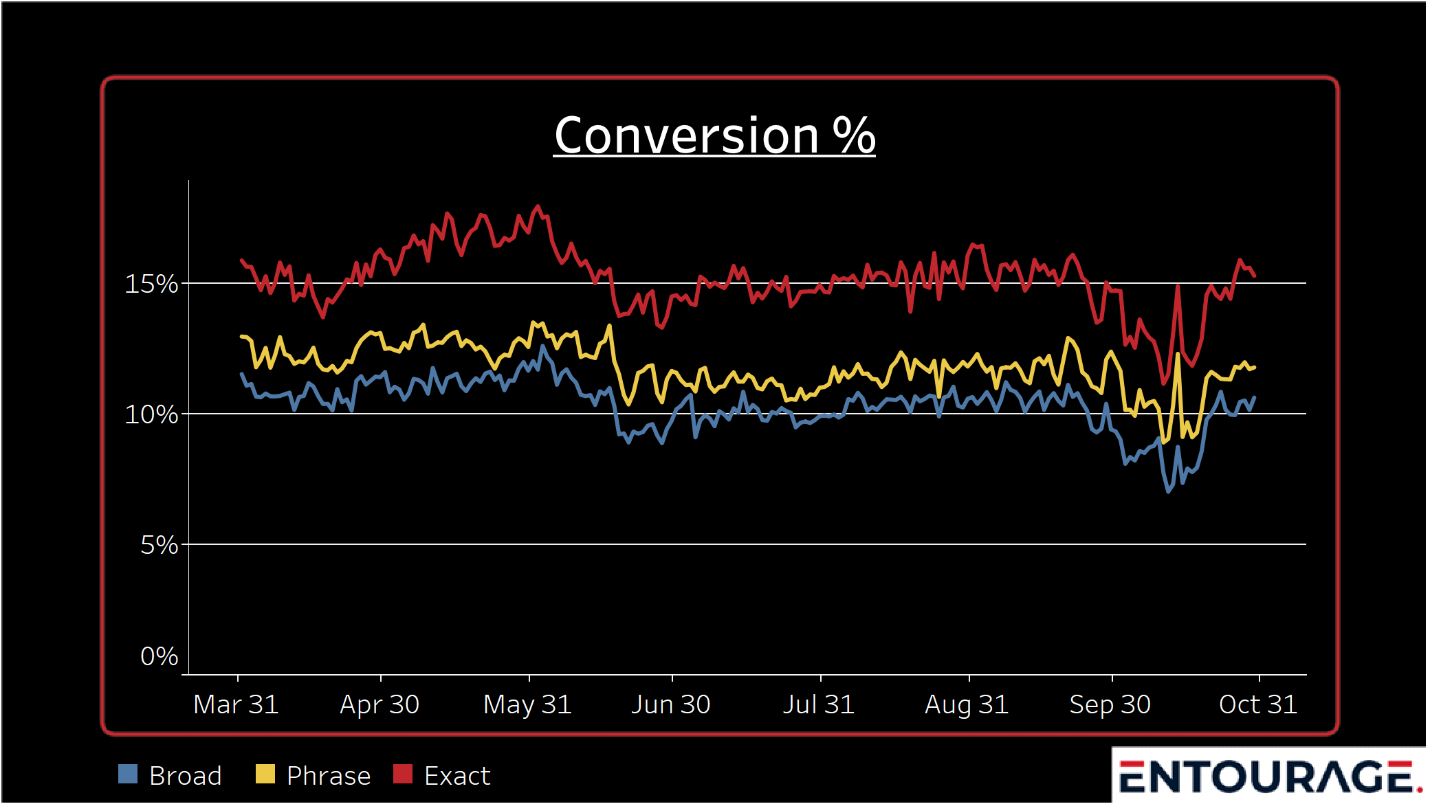 Similar to the match type section, we wanted to see which placement types were most sensitive to the Prime Day impact. Due to several ties and combinations between the different placements, the best way to break this down is by KPI:

In this section we forecast what we think may happen to the KPI’s in the preceding month, by reviewing the Year over Year trends. But before we start, let’s dive into what we had forecasted would happen for October:

As we saw above, Prime Day caused October to be a rather volatile and unpredictable month. Let’s see how we did on our predictions and forecast what we believe will happen in November.

In both 2018 and 2019 we experienced ACoS remain relatively flat, though since we’re coming off a Prime Day in October, we do expect to see ACoS slightly decrease leading into the holiday season. 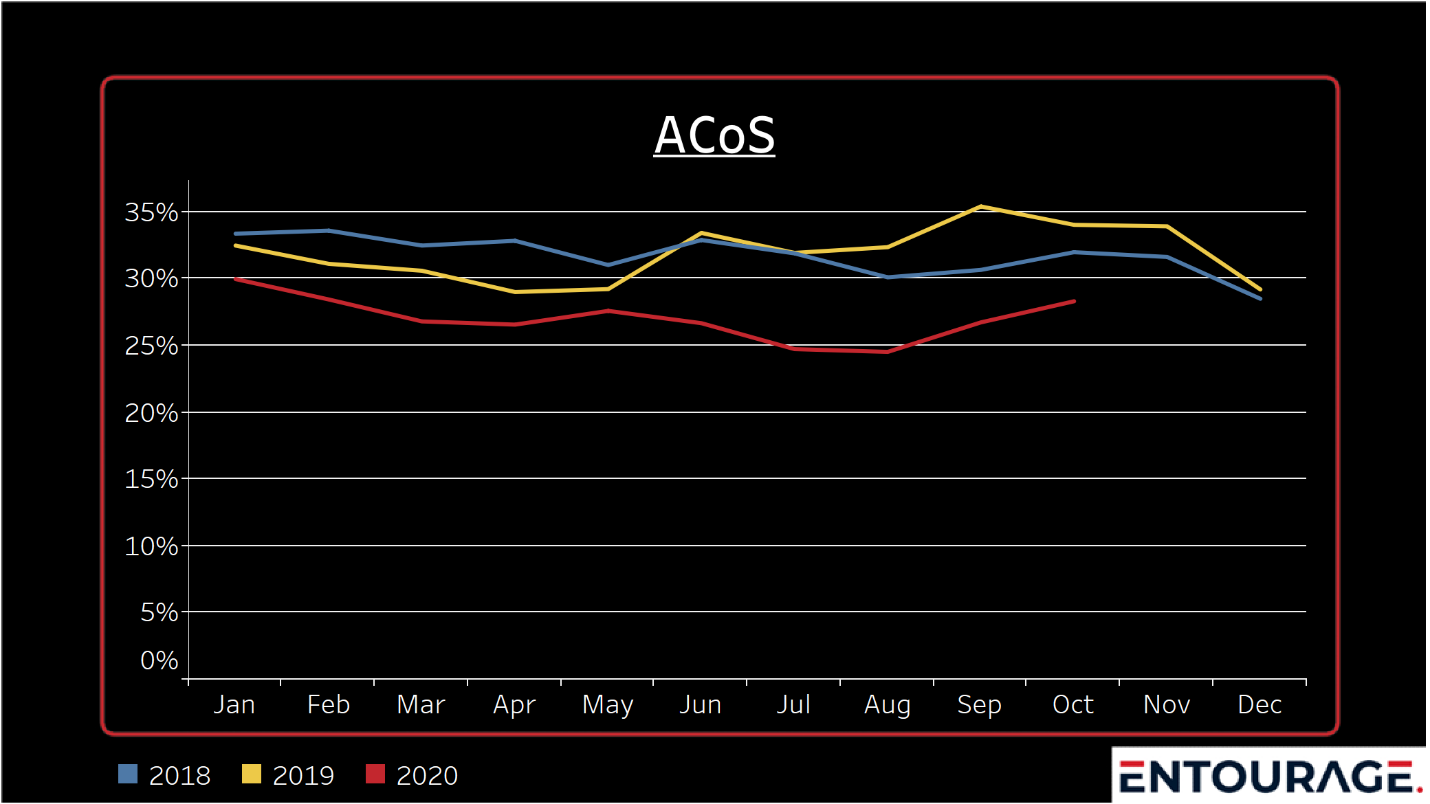 Ad Spend per 1000 Impressions had a very slight decrease for October, the expectation was for this to remain flat, which isn’t too far off given the decrease was slight. Next month, we are to see a slight decrease given both 2018 and 2019 experienced decreases in November. 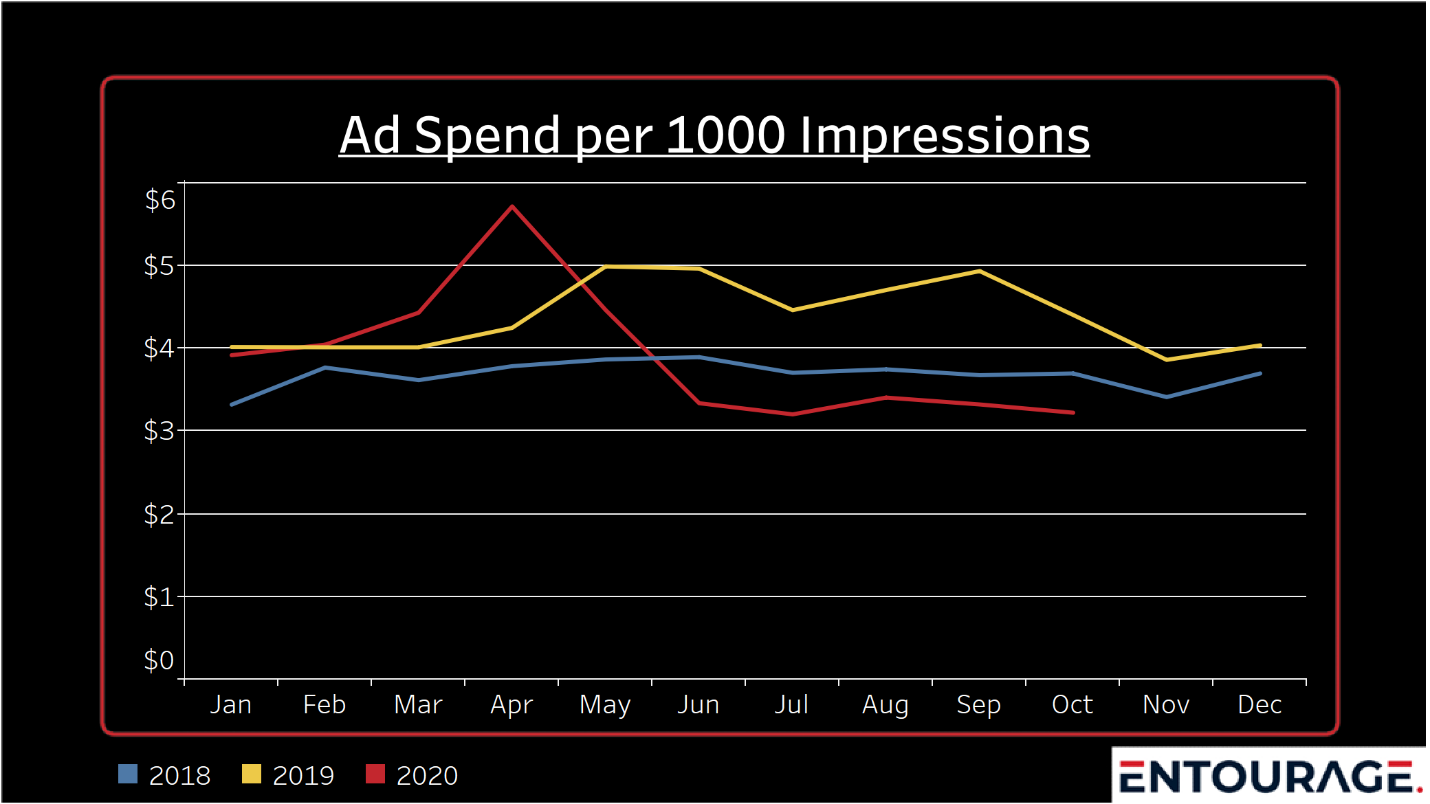 Ad spend per Order increased in October, missing expectations. Due to coming off of Prime Day, it’s expected that this will decrease in November. 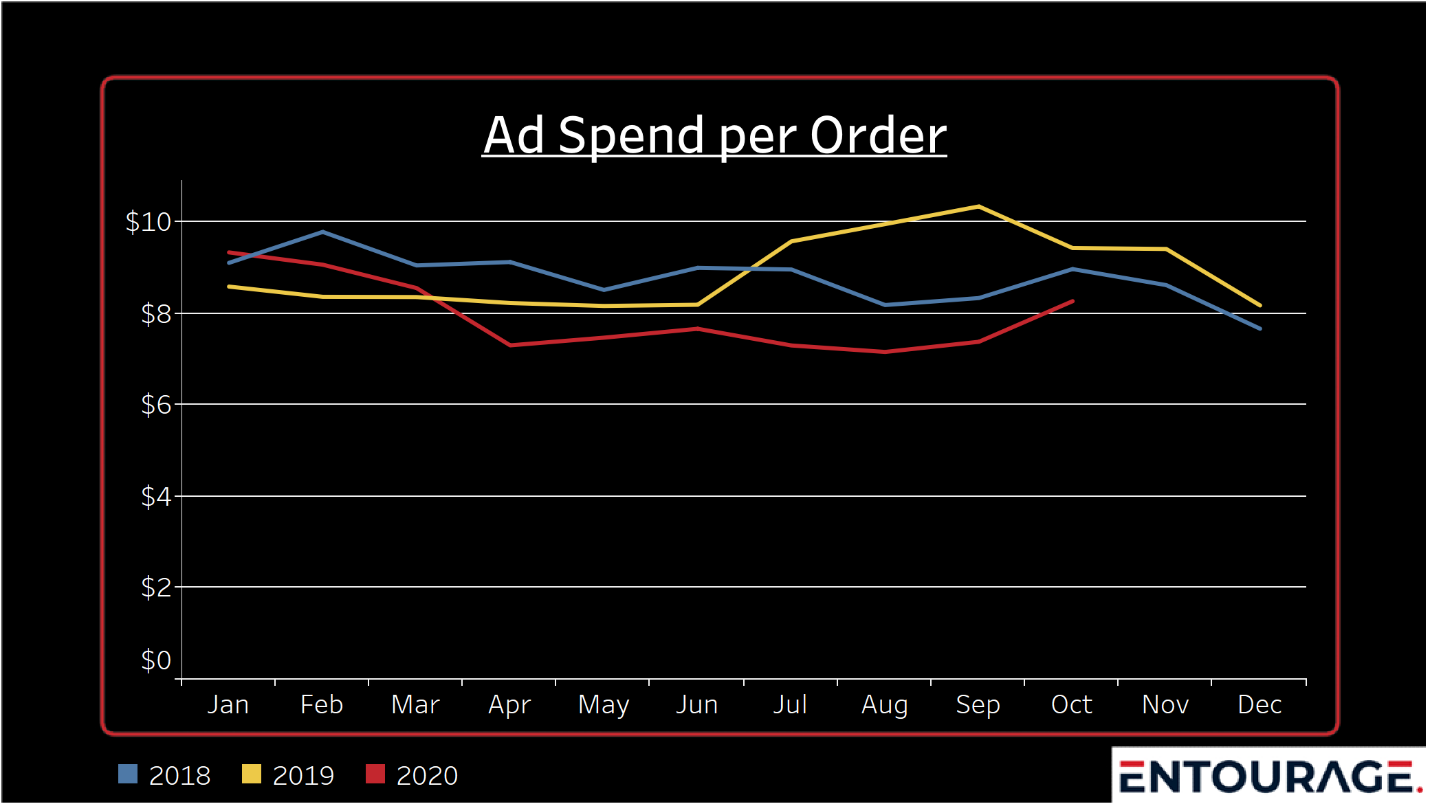 Conversions decreased in October, while we had expected them to remain flat. In both 2018 and 2019 conversions remained flat in November as well, but since Prime Day was last month, we do expect to see an increase. 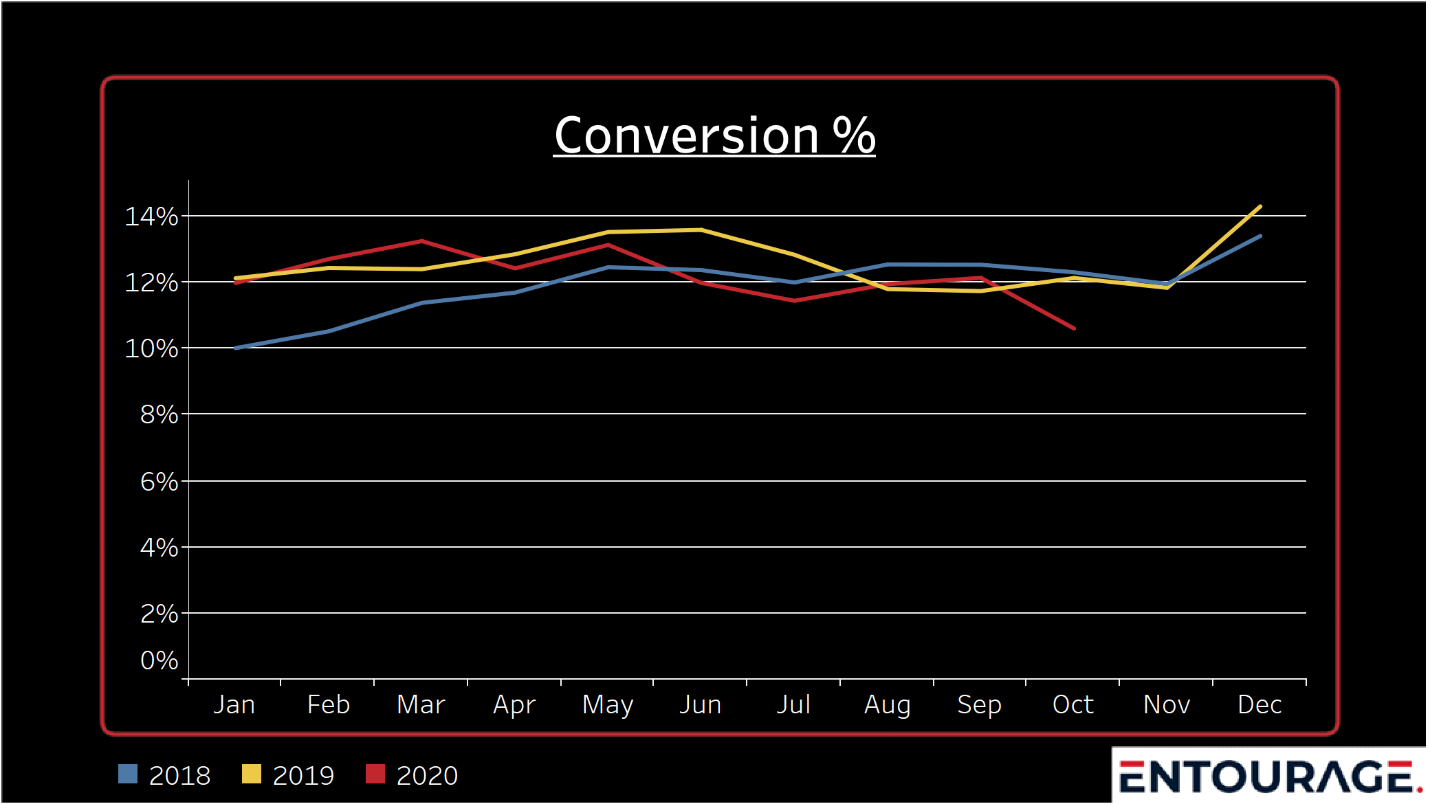 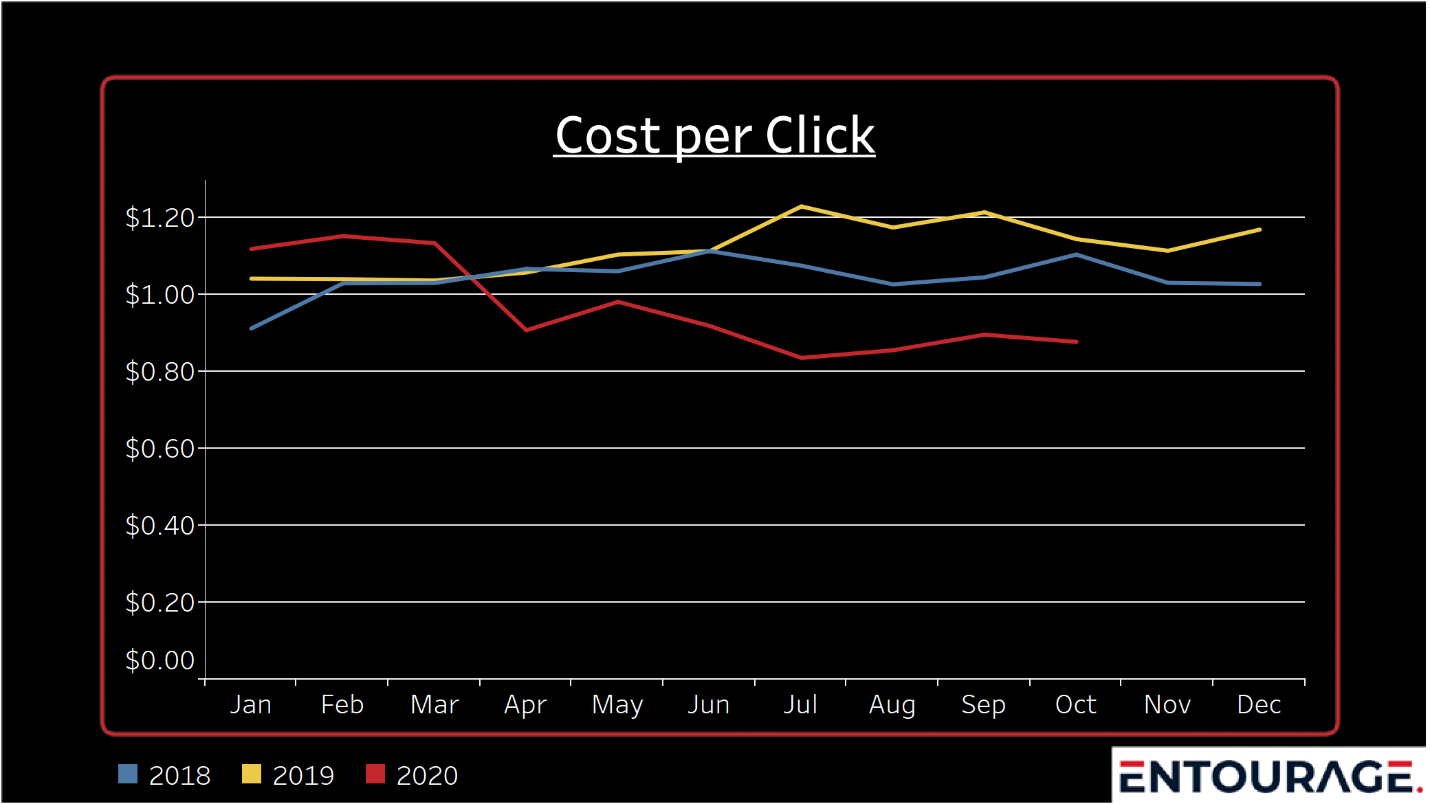 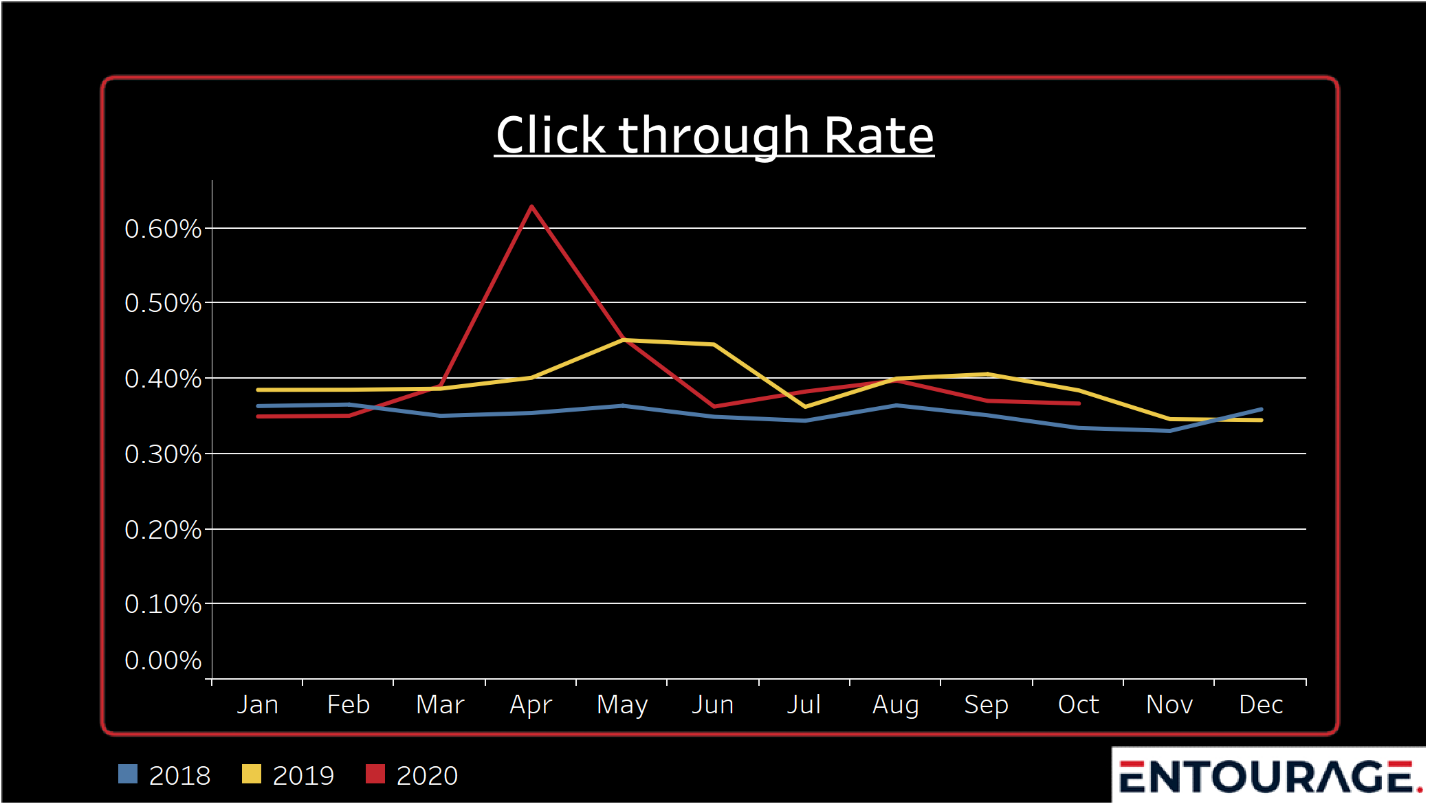 Revenue per Click had a decrease during October, aligning with expectations. Historically, RPC for November remained relatively flat. But since Prime Day was in October, we do expect to see a slight increase from a recovery. 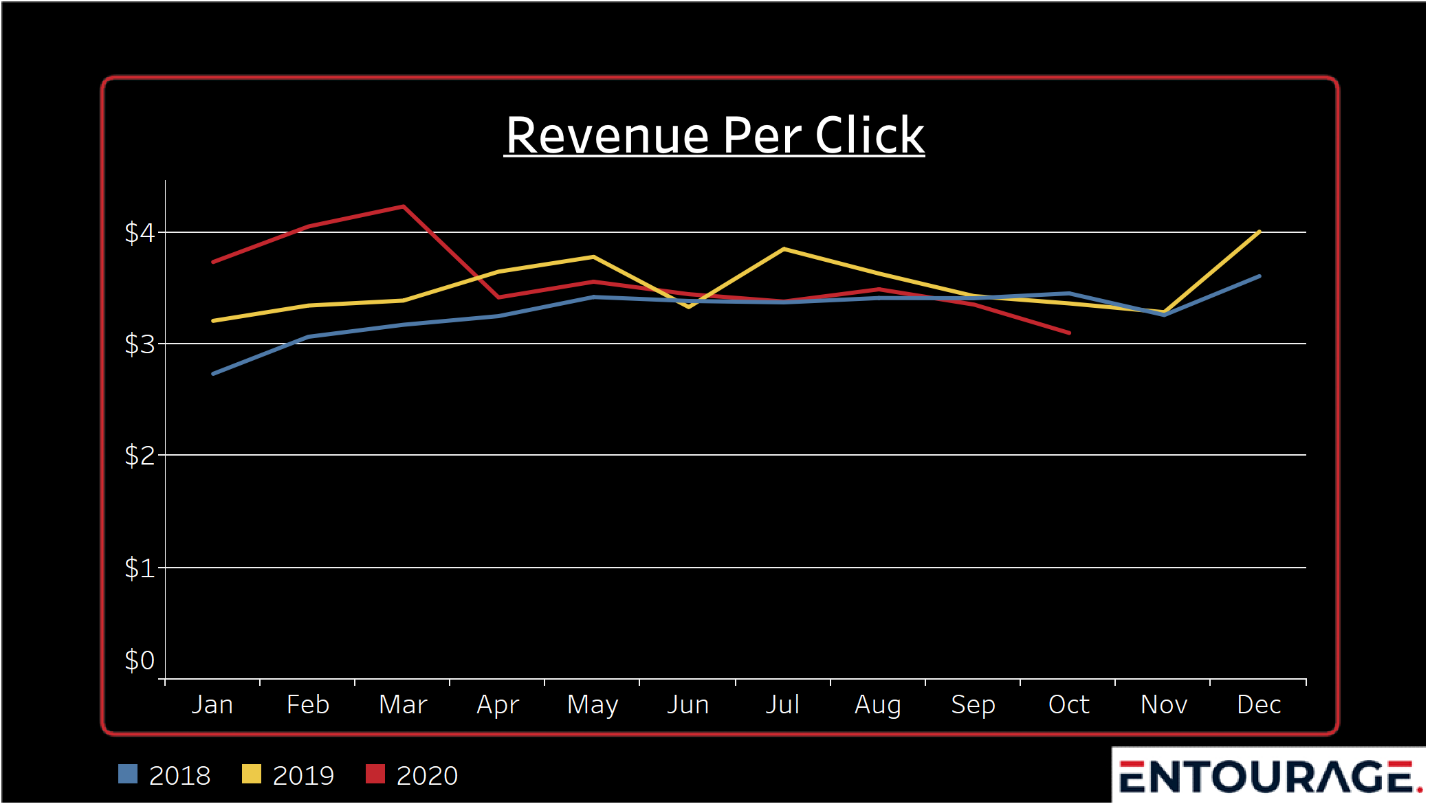 In Summary, Prime Day was a large driver of the trends starting in late September to mid-October. It was interesting to see that consumer behavior changed almost a month before, in anticipation of Prime Day. Most KPI’s experienced a shock in values during the 2 days of Prime Day. In the preceding days, KPI’s trended towards normal levels.

As we approach the holidays it will be interesting to see if similar patterns emerge due to Black Friday/Cyber Monday or if entirely new shocks to the KPI’s are experienced. Whichever the case, we hope that you had a successful Prime Day in October and are gearing up for the holiday season that’s quickly approaching!

We’ll be reviewing this data and including deeper insights and trends each month. If you have any questions or any data you’d like to see, please reach out.

Mike Zagare Founder, PPC Entourage Michael Zagare is a serial entrepreneur, a recovering physical therapist, and the founder of PPC Entourage. Mike has an unquenchable thirst for knowledge in all things Amazon, and loves sharing that knowledge with other sellers to help them take steps towards personal and financial freedom. 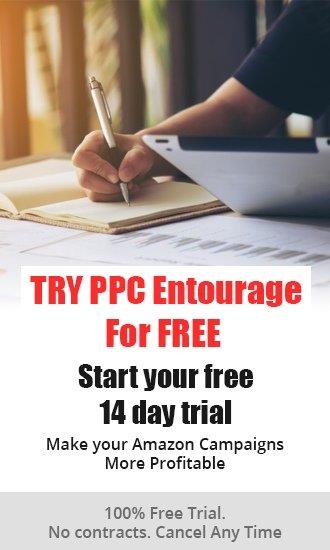